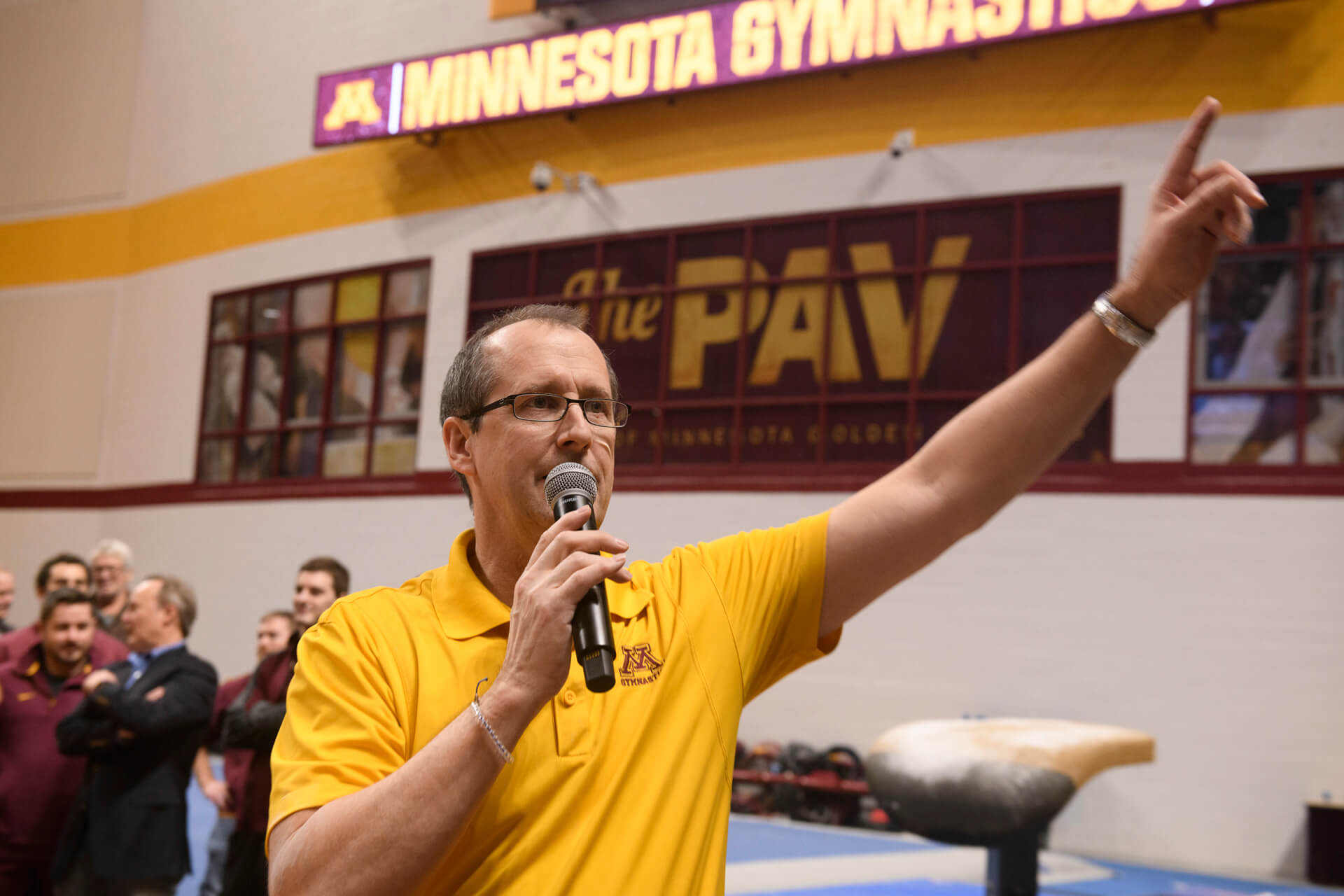 The Day I Hoped Would Never Come

At 1:03 pm I received a text message from our HR contact, asking me to check my emails for an invite to a Zoom call at 2:00 pm.

Almost immediately I received a second text, asking me to be sure our student-athletes attend a 2:15 pm Zoom call. Needless to say, these text messages were a bit ominous. We sent out a group text to the team to be sure they were on the call at 2:15 pm.

Our team just got back into our 3rd-floor gym in Cooke Hall a little over a week ago to start preparing for the 2021 season – a season that is still full of uncertainty as to whether or not it will even take place.

Covid-19 has come, it saw, and it conquered so much of the world we all live in. The world I live in is college athletics. I’ve been fortunate enough to have spent 33 years in college athletics – 18 years as an assistant coach at Iowa & Michigan, and 15 years as a head coach at Minnesota. 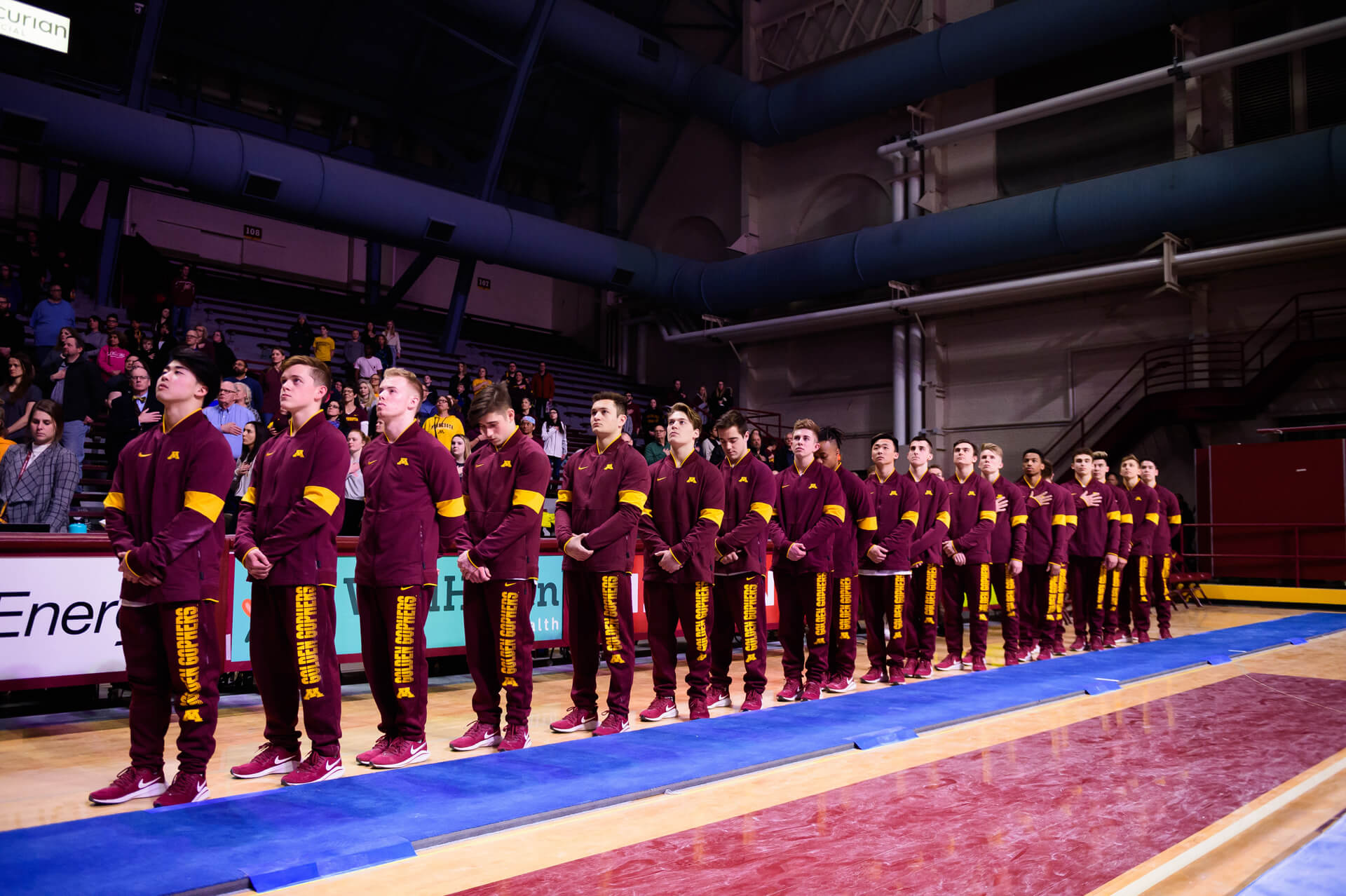 Coaching gymnastics has been my ‘Why’ for the past 40 years since graduating from Penn State with a degree in Geological Sciences. As much as I loved learning about the way the earth functions, I found it much more exciting to learn about the way the human body functions and how it interacts with the requirements of this most incredible and awe-inspiring sport. So, rather than pursue a career in the exploration of oil, I chose a career in helping people live their dreams.

I’ve been fortunate throughout those 40 years to work with some amazing colleagues, all of whom are close friends.

Tom Dunn at Iowa gave me my first job right out of college and I spent the first 11 years of my career as his assistant coach. Then for six years, I was able to coach in the Junior ranks with some outstanding coaches – Joe Stallone at Lehigh Valley Gymnastics Center and Tom Ladman at Albuquerque School of Gymnastics. Those six years were both exciting and challenging, trying to motivate and teach the fundamentals of the sport alongside two outstanding junior coaches.

In 1997 I was contacted by my good friend Kurt Golder at the University of Michigan. Kurt had just taken over at the helm of a program that four years earlier had been slated to be cut.

Fortunately, it wasn’t cut because those who cared about the program fought for it. While the program was reinstated it was done with no scholarship support. Needless to say, the program fell on hard times. Kurt joined a program that did not win one meet in 1996. 0 and a lot.

Kurt’s first full season was the 1997 season. He hired me in the summer of 1997 and my first full season was the 1998 season. We had a good year in ‘98 but didn’t make it to the NCAA’s that year. But we recruited a very talented freshman class who would step up in their first year and help Michigan win both the Big Ten team title and the NCAA Team Title. Pretty significant turnaround!

Senior team captain Randy D’Amura helped his team win a national title that year. His freshman year, he was part of the ‘0 and a lot team’ that didn’t win a single dual meet. Randy D’Amura’s life was transformed in those short four years between bottom dwellers and national champs. That’s just one of the many things that college sports is all about.

I spent seven years at Michigan before I became the head coach at the University of Minnesota.

In 2002, two years before I came to Minnesota, the Gophers announced they were dropping Men’s Gymnastics and Men’s & Women’s Golf.

Needless to say, the gymnastics community banded together and with the help of the ‘Save Gopher Sports’ campaign, $2.7 million was raised to salvage all three teams. Minnesota Gymnastics was on the brink once before and was saved.

I arrived in Minneapolis on October 10, 2004. I jumped on a plane from Detroit shortly after watching the Golden Gopher football team almost beat the Wolverines in the Big House. My new Maroon & Gold apparel was feeling like it was going to be a great fit!

I hit the ground running upon my arrival and it’s been a non-stop labor of love for the past 15 years. Honing and developing talent in our little gym on the 3rd floor of Cooke Hall.

The same gym where Newt Loken trained and became the 1942 NCAA All-Around champion. Newt then went on to coach the men’s gymnastics team for over 30 years at Michigan.

The same gym where current Gopher Shane Wiskus has already earned nine All American honors, a National Title on PB’s, three Big Ten Gymnast of the Year awards, a spot on the 2019 World Championships team, an opportunity to make the 2021 Olympic team, and is a member of the senior National Team. 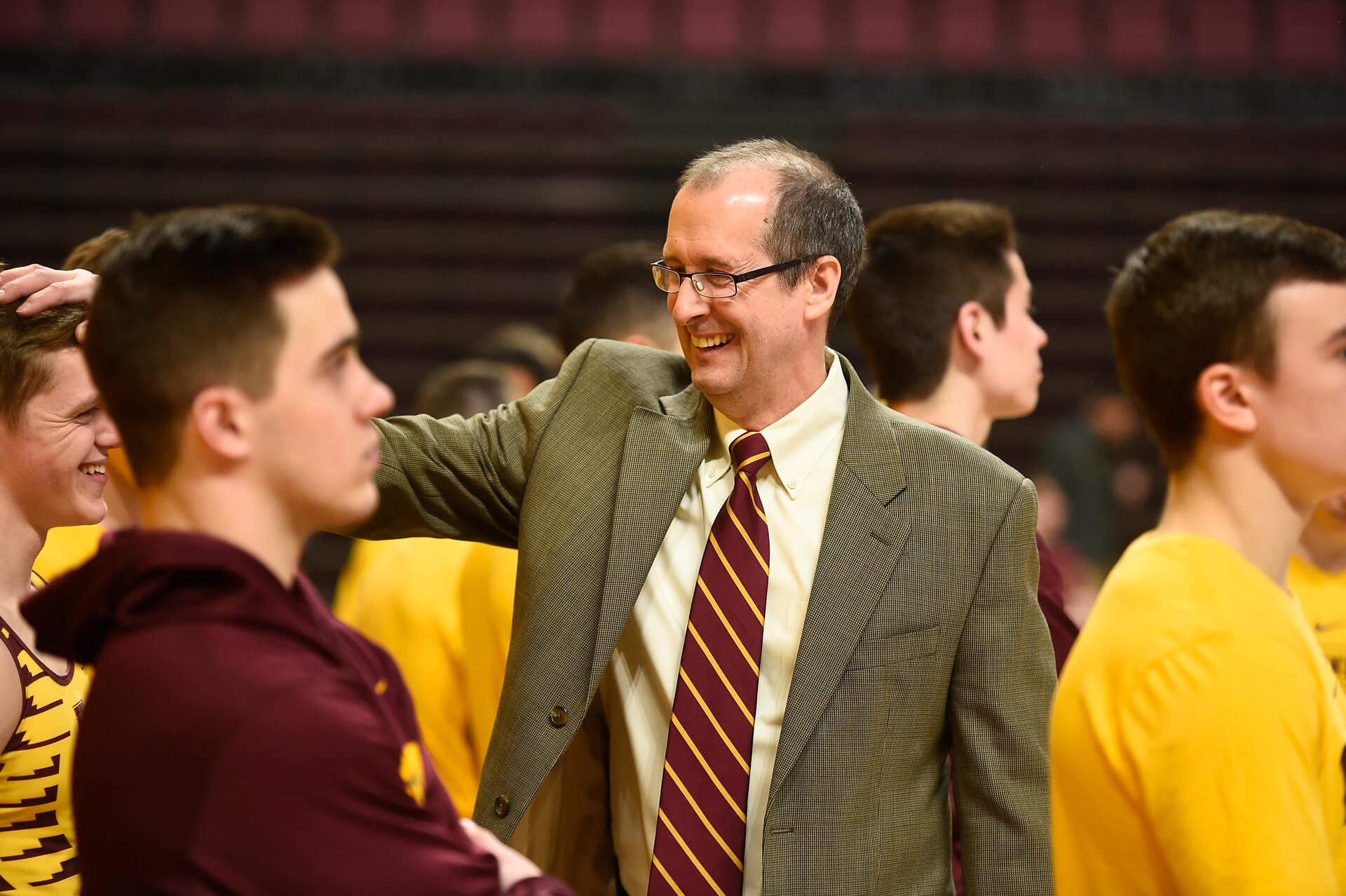 These are the things that will never occur again in our little gym in Cooke Hall. Because on September 10, 2020, I got the call I had always feared getting but had always hoped I wouldn’t.

‘Coach, I’m sorry, but we’re discontinuing your program after this season.’

I hope none of you get that call in your lifetime. To say it’s devastating would be a serious understatement. Transformational in all the most negative ways a person could be transformed. My job is to look out for my athletes and my staff. On this September day, I failed them all.

I could not stop that call from coming from our athletic director, and now 22 lives will be monumentally transformed in the blink of a Zoom call.

Dealing with adversity is part of our daily grind in the gym. This sport demands rigorous physical conditioning, precision timing, and a lifetime of commitment to excel. The guys on this team have checked these boxes on all of those demands of the sport. And they deserve to be treated better.

This team, this 2021 Team, may be the last at Minnesota. But it will be a team that will be remembered for banding together in times of extreme adversity. Disappointment is high-octane fuel and I look forward to watching these guys fire on all cylinders this year.

One thing I’d love to see is the biggest crowd ever to attend an NCAA Championships that weekend.

These Golden Gophers deserve that kind of support from our community after getting the news we got on September 10th.

On a day I hoped would never come.